Below is a scanned copy of the 1948 membership list for the York Road Radio Club that was found in Ernie's (W3KKN SK) files. Ernie was the VP of the club at that time.

The York Road Radio Club was the largest radio club in the area at the time but during the mid 1950's several members of the club were dissatisfied with the clubs direction. There was also a new contest at that time sponsored by the ARRL and targeted to the VHF bands. These radio amateurs decided to start a new club focused on promoting VHF / UHF experimentation and operating. That new club was the Mount Airy VHF Radio Club which soon became known as the Pack Rats. There are still a number of familiar calls on these pages. 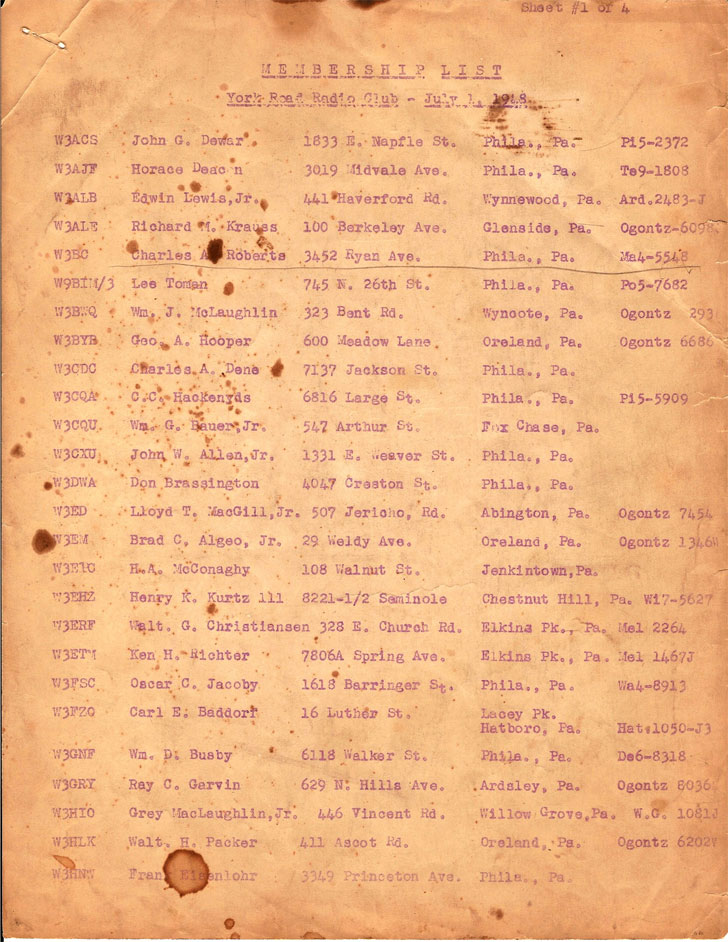 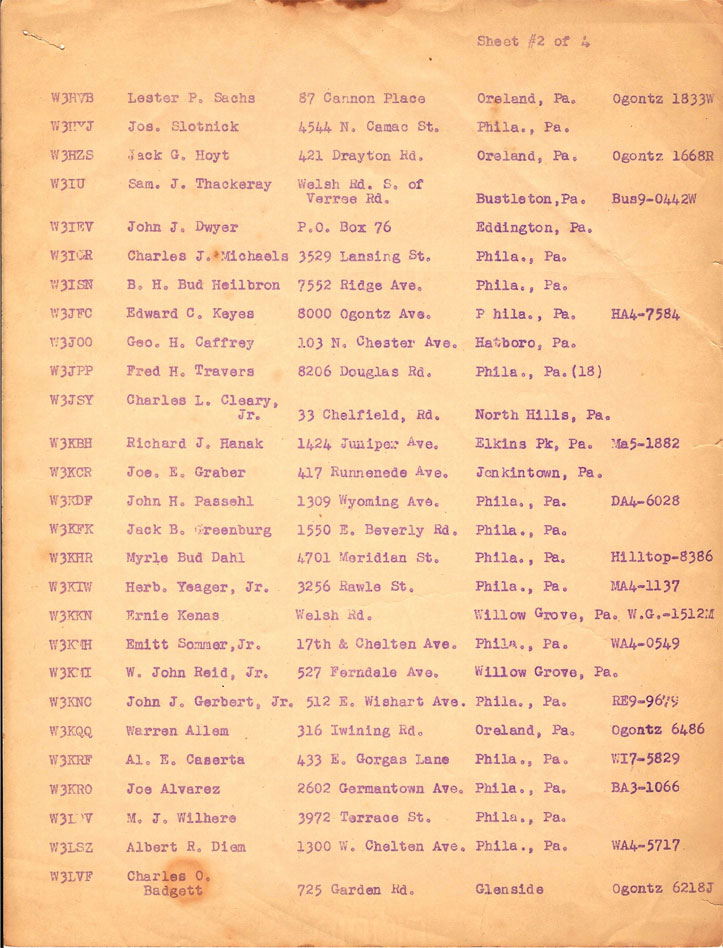 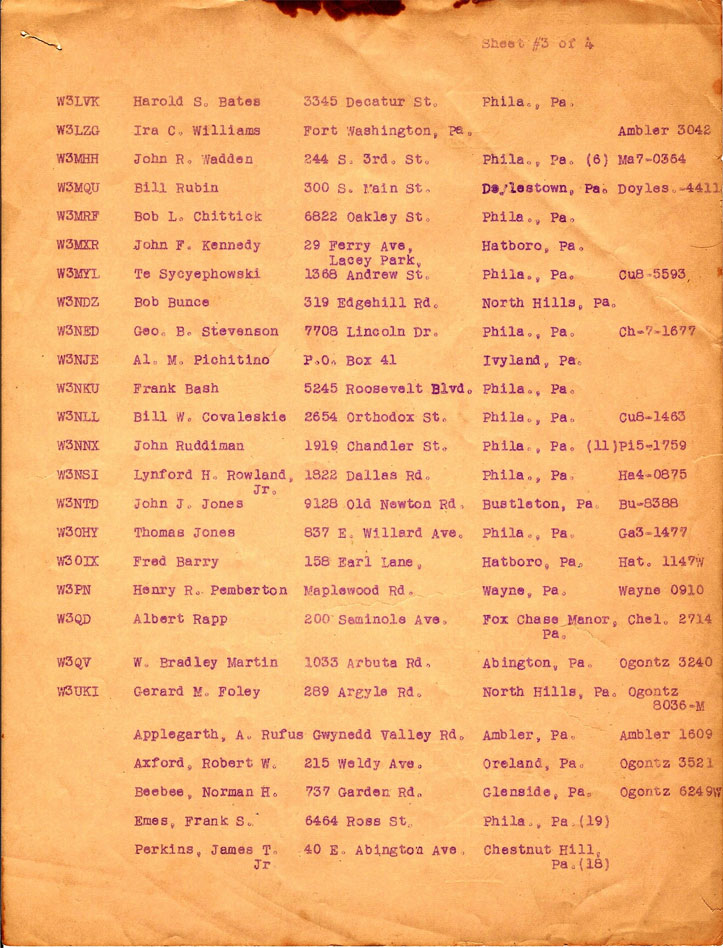 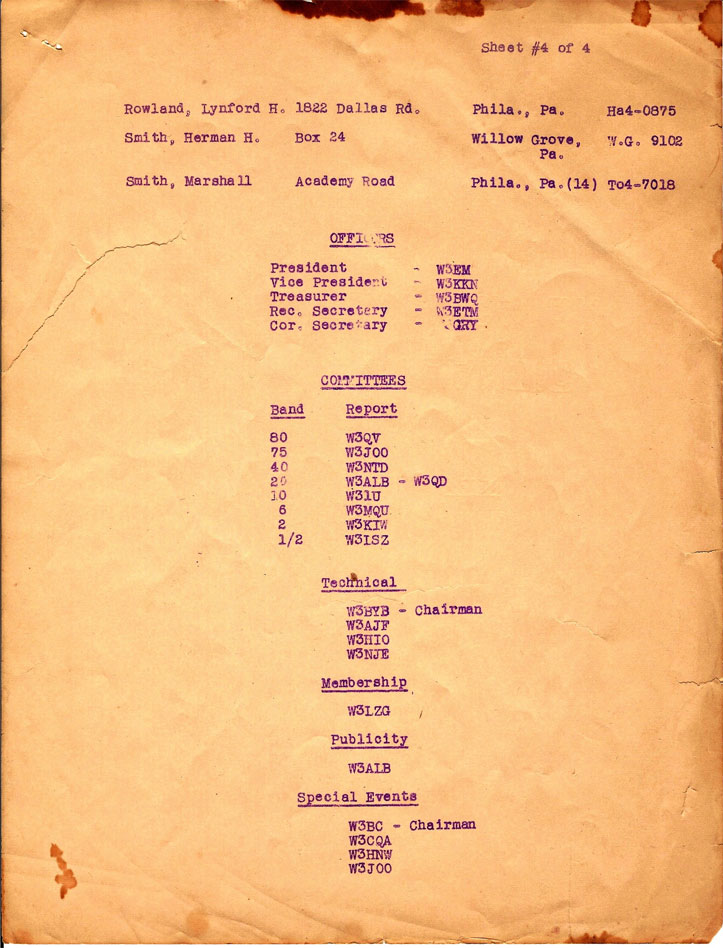